There is little more annoying than leaking block foundation walls; fortunately it is possible to fix a wet basement on the inside by installing interior weeping tile systems/ interior perimeter drainage systems.

What is an interior weeping tile system?

Compared to exterior waterproofing, an interior weeping tile system is less expensive (since no excavation is involved) and is a proven, highly effective basement waterproofing method. This waterproofing system is so reliable that some very large companies sell this type of system to deal with just about every wet basement situation. Waterproofing the basement on the inside is often the approach of choice given the destructiveness and cost of foundation excavation. 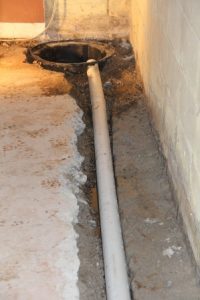 Interior weeping tile installed next to the footing, draining into sump pump liner 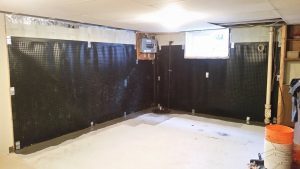 Here are the installation steps:

1. The basement floor slab along the foundation walls is jackhammered open in order to expose the footing and to excavate a trench for the installation of drain tile; 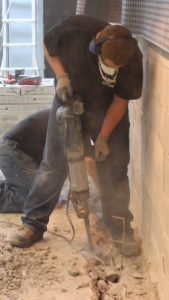 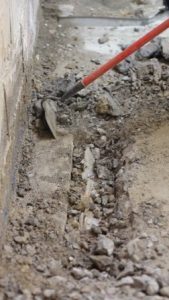 With the basement floor open the footing is now visible

2. The fully exposed bottom course of concrete blocks have weeping holes drilled into the hollow cavities within the blocks; 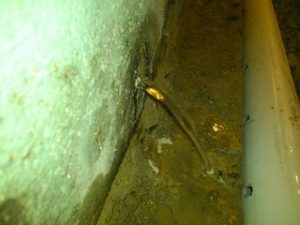 Alot of water can be trapped in a block foundation wall 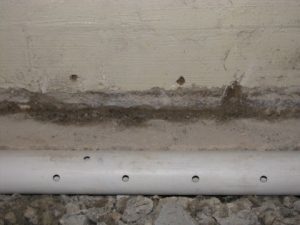 3. A perforated drain pipe is installed next to the footing; 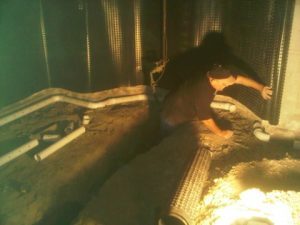 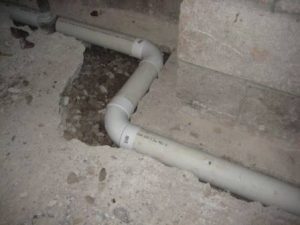 4. An air gap membrane is installed along the wall; 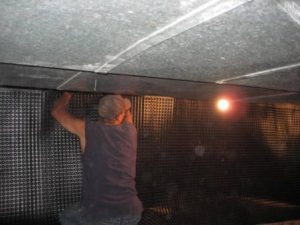 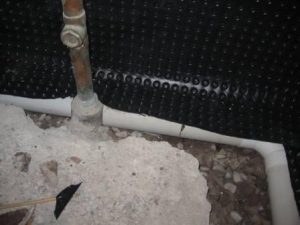 5. In the absence of a suitable sump pump liner, a new one is installed beneath the floor; 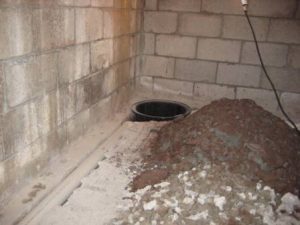 6. The perimeter drain pipe is routed to the sump liner to evacuate the water collected from the blocks. The water is pumped outside by the sump pump. Note: it is illegal in most municipalities to dispose of this water by connecting to the floor drain; and 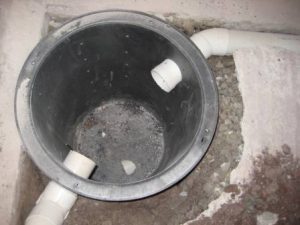 7. The drain pipe and the drainage membrane are positioned and new concrete is poured over top and levelled. When completed, all that is visible is a scar in the floor along the wall. Then there is a membrane fastened to the wall and a sump pump discharge pipe to the exterior. 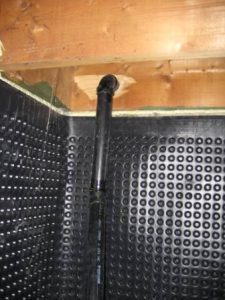 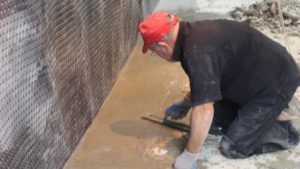 Trench along footing cemented on completion

How water enters and pools within a concrete block foundation: 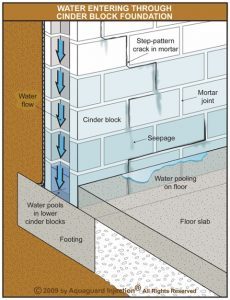 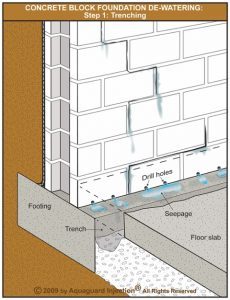 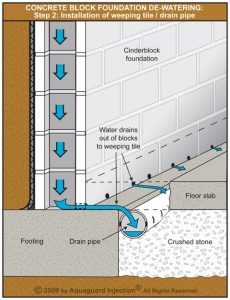 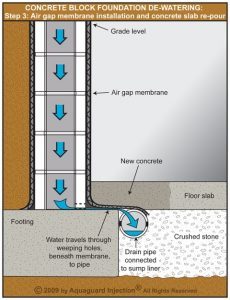 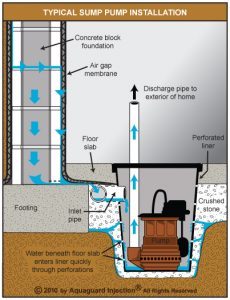 Below is a typical sump pump installation that is part of the interior weeping tile system.

Note: Instead of having an unsightly discharge pipe from the centre of the liner, we can hide the discharge pipe. This is done within your framed basement walls by modifying the configuration of the discharge so that it is “discrete”. This is installed beneath the concrete floor and travels up the wall behind the drywall. 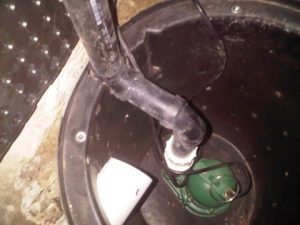 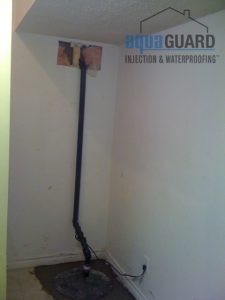 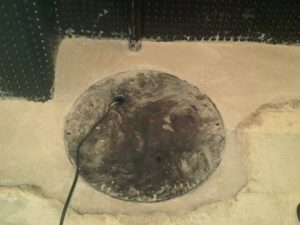